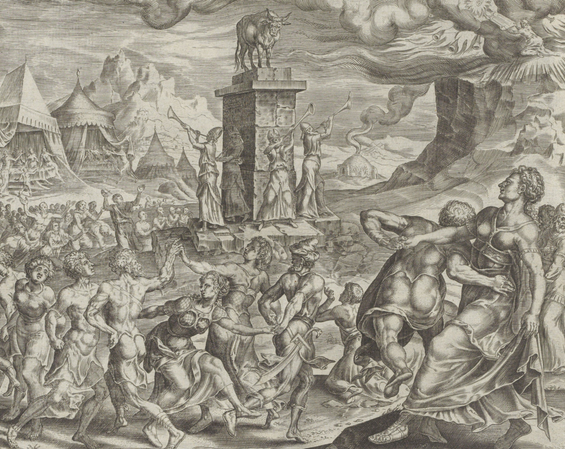 "I am the Lord thy God, thou shalt not

have any strange gods before Me."

The First Commandment forbids idolatry, the worship of false gods and goddesses.

The faithful must guard and activate the three theological virtues and must avoid sins which are opposed to them. Faith believes in God and rejects everything that is opposed to it, such as, deliberate doubt, unbelief, heresy, apostasy, and schism. Hope trustingly awaits the blessed vision of God and his help, while avoiding despair and presumption. Charity loves God above all things and therefore repudiates indifference, ingratitude, lukewarmness, sloth or spiritual indolence, and that hatred of God which is born of pride. 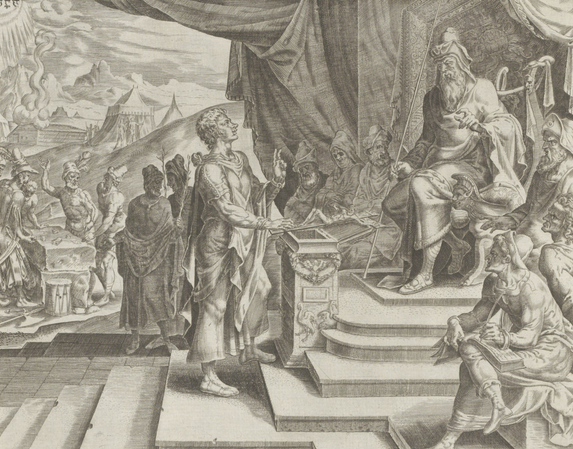 "Thou shalt not take

the name of the Lord in vain"

The Second Commandment requires us to honor the name of God, which makes sense if you love God with all your heart, soul, mind, and strength. God knows how much we actually loves him, so we need not to pretend or "convince ourselves" but to truly love Him.  If you love God, it becomes natural to respect the name of God with equal passion and vigor.

One shows respect for the holy Name of God by blessing it, praising it and glorifying it.

It is forbidden, therefore, to call on the Name of God to justify a crime. It is also wrong to use the holy Name of God in any improper way as in blasphemy curses, and unfaithfulness to promises made in the Name of God. A false oath is forbidden because one calls upon God who is truth itself to be the witness to a lie. 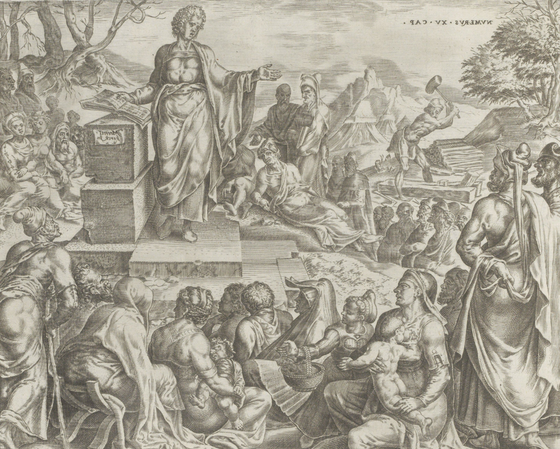 The Third Commandment is for Christians to keep Sunday and other days of obligation holy by participating in the Eucharist of the Lord and by refraining from those activities which impede the worship of God and disturb the joy proper to the day of the Lord or the necessary relaxation of mind and body.

Why as the Sabbath been changed to Sunday for Christians?

It is important so that all might be given the real possibility of enjoying sufficient rest and leisure to take care of their religious, familial, cultural and social lives. It is important also to have an opportune time for meditation, for reflection, for silence, for study, and a time to dedicate to good works, particularly for the sick and for the elderly. 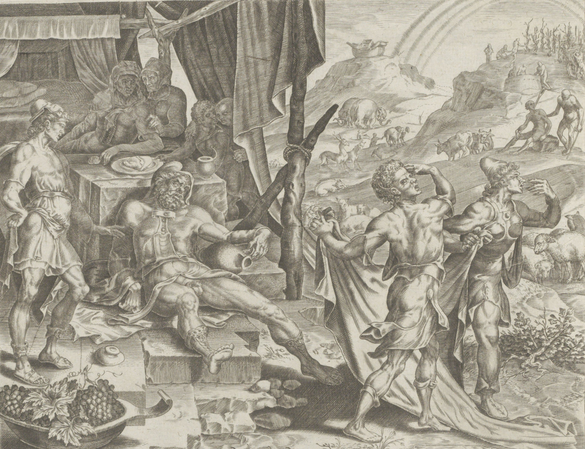 "Honour thy Father and thy Mother"

The Fourth Commandment obliges us to show respect for your parents — both as children and adults.  Children owe respect, gratitude, docility and obedience to their parents. Adult children should give their parents material and moral support whenever they find themselves in situations of distress, sickness, loneliness, or old age.

A man and a woman united in marriage form a family together with their children. God instituted the family and endowed it with its fundamental constitution. In Christ the family becomes the domestic church because it is a community of faith, of hope, and of charity.

Parents, in virtue of their participation in the fatherhood of God, have the first responsibility for the education of their children and they are the first heralds of the faith for them. They have the duty to love and respect their children as persons and as children of God and to provide, as far as is possible, for their physical and spiritual needs. 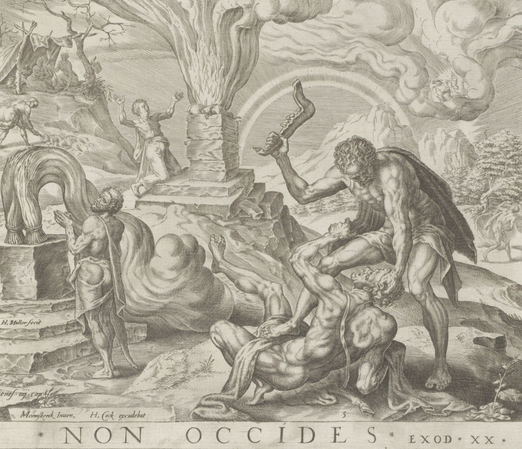 "Thou shalt not kill"

The Fifth Commandment is about human life that must be respected because it is sacred.  "Do not slay the innocent and the righteous." (Exodus 23:7)

You have the right to defend yourself.

Cathecesis point 2263-2265 (compendium #467) states the legitimate defense of persons and of society:

"In choosing to legitimately defend oneself one is respecting the right to life (either one’s own right to life or that of another) and not choosing to kill. Indeed, for someone responsible for the life of another, legitimate defense can be not only a right but a grave duty, provided only that disproportionate force is not used."

The fifth commandment forbids as gravely contrary to the moral law:

direct and intentional murder and cooperation in it 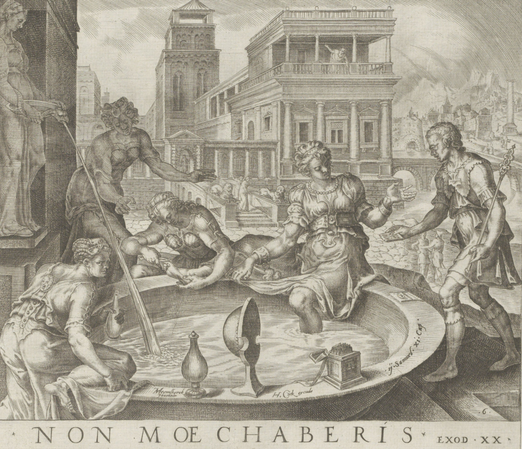 "Thou shalt not commit adultery"

God has created human beings as male and female, equal in personal dignity, and has called them to a vocation of love and of communion.

The Sixth Commandment the actual, physical act of having immoral sexual activity, specifically adultery, which is sex with someone else’s spouse or a spouse cheating on their partner.

It honor human sexuality. The goods of conjugal love, which for those who are baptized is sanctified by the sacrament of Matrimony, are unity, fidelity, indissolubility, and an openness to the procreation of life.

The sixth and ninth commandments are linked together. 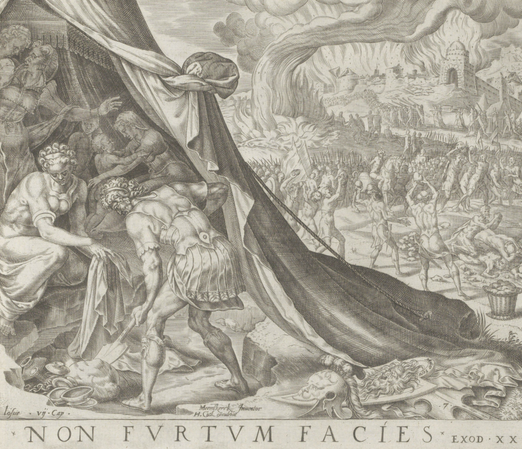 "Thou shalt not steal"

The Seventh Commandment requires respect for the universal destination and distribution of goods and the private ownership of them, as well as respect for persons, their property, and the integrity of creation.

The Church also finds in this Commandment the basis for her social doctrine which involves the correct way of acting in economic, social and political life, the right and the duty of human labor, justice and solidarity among nations, and love for the poor.

The purpose of private property is to guarantee the freedom and dignity of individual persons by helping them to meet the basic needs of those in their charge and also of others who are in need.

The seventh commandment forbids theft, which is the taking or using of another’s property against the reasonable will of the owner. This can be done also by paying unjust wages; by speculation on the value of goods in order to gain an advantage to the detriment of others; or by the forgery of checks or invoices. Also forbidden is tax evasion or business fraud; willfully damaging private or public property ; usury; corruption; the private abuse of common goods; work deliberately done poorly; and waste.

The seventh and tenth commandments focus on respecting and honoring the possessions of others. 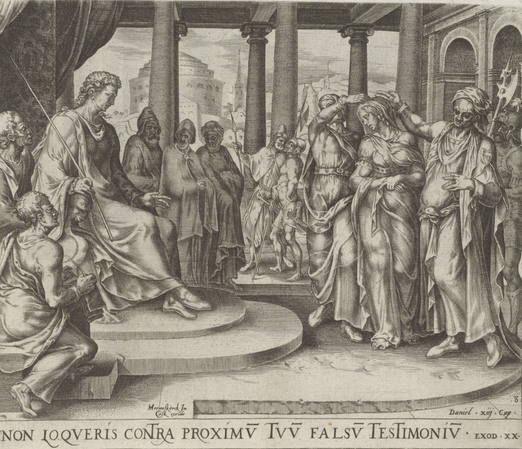 "Thou shalt not bear false witness

The Eighth Commandment forbids false witness, perjury, and lying, the gravity of which is measured by the truth it deforms, the circumstances, the intentions of the one who lies, and the harm suffered by its victims.

It also forbids; rash judgment, slander, defamation and calumny which diminish or destroy the good reputation and honor to which every person has a right.

Flattery, adulation, or complaisance are also forbidden, especially if directed to serious sins or toward the achievement of illicit advantages. 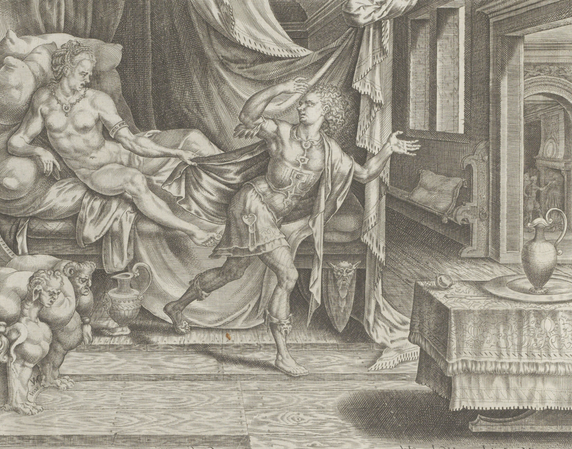 "Thou shalt not covet thy neighbor’s wife"

The Ninth Commandment forbids the intentional desire and longing for immoral sexuality. To sin in the heart, is to lust after a woman or a man in your heart, with the desire and will to have immoral sex with them.

"The ninth commandment forbids cultivating thoughts and desires connected to actions forbidden by the sixth commandment."

"The struggle against such concupiscence entails purifying the heart and practicing the virtue of temperance." ..."It guides how one looks at others and behaves toward them in conformity with the dignity of persons and their communion. "

"Thou shalt not covet thy neighbor’s goods"

The Tenth Commandment completes the preceding commandment and it "requires an interior attitude of respect for the property of others and forbids greed, unbridled covetousness for the goods of others, and envy which is the sadness one experiences at the sight of another’s goods and the immoderate desire to acquire them for oneself."

It forbids the wanting to or taking someone else’s property and along with the Seventh Commandment, this commandment condemns theft and the feelings of envy, greed, and jealousy in reaction to what other people have.